Introducing New Penguin Random House Imprints from Around the World 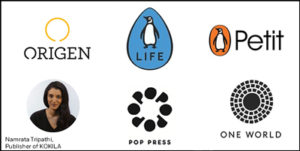 Over the last year our publishing groups worldwide announced or launched exciting new imprints. The imprints’ goals and mission range from giving more diverse voices a platform and publishing home to providing tailored content for digital devices and offering ancillary products that leverage the power and impact of our greatest authors. Here is a roundup of some of our new imprints: 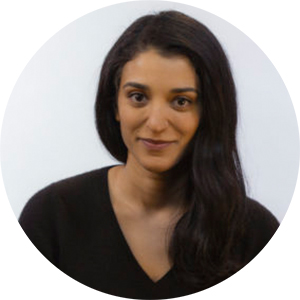 KOKILA (pronounced KO-ki-la), the new Penguin Young Readers imprint, will bring together an inclusive community of authors and illustrators, publishing professionals, and readers to examine and celebrate stories that reflect the richness of our world. Kokila will be helmed by VP and Publisher Namrata Tripathi, former Associate Publisher and Editorial Director of Dial Books for Young Readers.

The name Kokila comes from the Sanskrit name for the koel bird. The kokila has great significance in Indian poetry and myth, and is celebrated as a harbinger of new beginnings. In the spirit of its name, Kokila aims to center stories from the margins and to make space for storytellers to explore the full range of their experiences adding nuance and depth to the way children and young adults see the world and their place in it. Kokila will publish works by Pablo Cartaya, Sherine Hamdy and Myra El-Mir, Isabel Quintero and Zeke Peña, and Nilah Magruder. The imprint’s first list of books will be released in the Summer of 2019.

“The idea exchange resulting from mixing cultures and languages has shaped the way I see the world,” says Namrata Tripathi. “At Kokila, we hope to build a community around authors, illustrators, and readers who believe in the power of sharing stories from across the full spectrum of experiences. And they will be supported by publishing professionals with a deep commitment to that mission.” 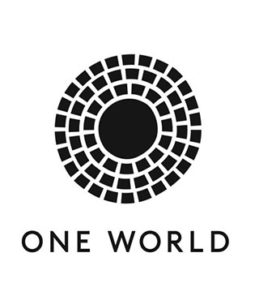 Last year, Random House relaunched ONE WORLD under Chris Jackson as Publisher and Editor-in-Chief. His mandate is to revitalize and expand the historic publishing program—originally established in 1991 as the first multicultural imprint at a major publishing house.

According to Mr. Jackson, “The fundamental mission of One World is to provide a home for writers—including novelists, essayists, memoirists, journalists, and thinkers and writers unconstrained by genre—who want to tell stories and explore ideas that help us reimagine our politics, culture, and interior lives, without the filter of the dominant culture. Twenty-five years ago One World was launched as an imprint that would tell stories for and from and about all of us—and that kind of vision remains a radical and vital one today. I’m thrilled we’ll be reanimating that idea and expanding its possibilities to capture the world in its fullness for this moment.”

The imprint’s first two titles, BONES by Joe Tone and WE WERE EIGHT YEARS IN POWER by Ta-Nehisi Coates, were published to much critical acclaim.

Recent and upcoming publications include: THE PERIODIC TABLE OF FEMINISM, which navigates the history of feminism through some of its most prominent advocates; HOW TO BE A PRINCESS, a collection of inspirational fairy tales for modern heroines to mark the upcoming Royal Wedding in May; STOP LOOKING AT YOUR PHONE, an illustrated manual that reminds us we can survive without our smartphones; and for some Christmas entertainment there’s WHERE’S THE MERMAID?, a fun WHERE’S WALLY-style book for mermaid fans of all ages!

With books increasingly sharing the same space in retailers as luxury greetings cards, mugs, t-shirts and stationery, Pop is Ebury’s way to focus its collective, creative energy to ensure its books are the gifts that shoppers choose. 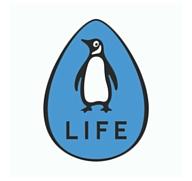 Penguin Life will publish six books this year, debuting with THE LONGEVITY DIET by Valter Longo, director of the University of Southern California’s Longevity Institute. Longo’s book has sold more than 300,000 copies to date in Italy.

Other authors on the list are The Body Image Movement founder Taryn Brumfitt, the University of Pennsylvania’s Positive Psychology Center director Martin Seligman, and founder of the SugarByHalf campaign and former team doctor for the Australian cricket team, Dr Peter Brukner.

“Penguin Life enables us, as a business, to better connect with communities and social issues, and take more responsibility for how we influence and contribute to readers’ lives,” says Nikki Christer, PRH Australia’s group publishing director.

Penguin Petits will provide great, quality content to suit a broad range of interests, from fiction, nonfiction, children’s literature, mythology to self-help, history and current affairs, and will be available in an e-book format.

Rukun Kaul, Associate Vice President, Digital and Business Initiatives, Penguin Random House India, said “With Penguin Petit, Penguin Random House India makes a foray into the world of accessible short-form reading. It’s designed for an increasingly mobile India that might want to be able to read anywhere and at any time. With its easy downloadability, wide range of content and accessible pricing, Penguin Petit should appeal to many readers. Our books and authors will also benefit from the easy discoverability and increased visibility that comes with making great reads available in a shorter and more affordable format.”

Penguin Random House Grupo Editorial USA launched Origen (Origin), a new religious imprint for Spanish-language books, which will feature titles on self-help, relationships, and a Christian-based lifestyle. The imprint will also publish titles for children and young adults under the Origen Kids label.

“For many years, we have observed that a large number of Spanish-speaking readers are interested in religious books,” says Silvia Matute, president of PRHGE USA. “It just made sense for PRHGE to create a religious book imprint and start catering to the religious [Spanish-language] reader.”

The new imprint will publish approximately 20 titles per year, among them works by prominent Hispanics, such as Pope Francis and evangelical pastor Samuel Rodriguez. The first four titles were released in October, including Pope Francis’s QUIÉN SOY YO PARA JUZGAR?

Sister companies in Mexico, Colombia, and the rest of Latin America will publish additional titles that will be distributed as part of the Origen list.