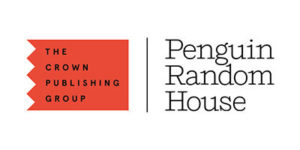 Librarian of Congress Dr. Carla Hayden will moderate a conversation with former First Lady of the United States Michelle Obama during the Opening General Session of the 2018 ALA Annual Conference & Exhibition on Friday, June 22. This session will take place at the Ernest N. Morial Convention Center in New Orleans.

expand
The Opening General Session will feature a performance by Trombone Shorty and students from his foundation followed by ALA President Jim Neal’s presentation of key ALA Awards. Dr. Hayden and Mrs. Obama will end the program with an in-depth conversation around Mrs. Obama’s forthcoming memoir, BECOMING (Crown Publishing Group, November 13), and the experiences that have impacted her life, her family, and the country. Dr. Hayden was sworn in as the 14th Librarian of Congress in September 2016. She is the first woman and the first African American to lead the national library. She was nominated to the position by President Barack Obama in February 2016 and her nomination was confirmed by the U.S. Senate in July 2016. Prior to her current post, she served as CEO of the Enoch Pratt Free Library in Baltimore. She was nominated by President Obama to be a member of the National Museum and Library Services Board in 2010 and confirmed by the U.S. Senate later that year. She began her career with the Chicago Public Library and served as President of the American Library Association (2003-2004). Hayden received a BA from Roosevelt Library, and an MA and PhD from the Graduate Library School of the University of Chicago. Mrs. Obama’s highly-anticipated memoir, BECOMING will be published in the U.S. and Canada on November 13 by the Crown Publishing Group. BECOMING will also be published in 25 languages around the world. Considered one of the most popular First Ladies of recent times, Mrs. Obama in her book invites readers into her world, chronicling the experiences that have shaped her—from her childhood on the South Side of Chicago to her years as an executive balancing the demands of motherhood and work, to her time spent at the world’s most famous address. With unerring honesty and lively wit, she describes her triumphs and her disappointments, both public and private, telling her full story as she has lived it – in her own words and on her own terms. Warm, wise, and revelatory BECOMING is an unusually intimate reckoning from a woman of soul and substance who has steadily defied expectations—and whose story inspires us to do the same. Michelle Obama has described writing BECOMING as “a deeply personal experience. It has allowed me, for the very first time, the space to honestly reflect on the unexpected trajectory of my life. I hope my journey inspires readers to find the courage to become whoever they aspire to be. I can’t wait to share my story.”

Michelle LaVaughn Robinson Obama is a lawyer, author, and the wife of the 44th President, Barack Obama. Through her initiatives as First Lady, she has become a role model for women and girls, and an advocate for healthy families, service members and their families, higher education, and international adolescent girls’ education. She will appear at the opening general session of the 2018 American Library Association (ALA) Annual Conference and Exhibition on Friday, June 22, 4:00—5:30 pm, at the Ernest N. Morial Convention Center in New Orleans. Her appearance at the conference is sponsored by Penguin Random House.

Michelle Obama, Credit David Slijper[/caption] Former First Lady Michelle Obama’s much-anticipated memoir, BECOMING, will be published in the U.S. and Canada on November 13, 2018, by Crown, and will be released simultaneously in 24 languages. Considered one of the most popular First Ladies of recent times, Mrs. Obama in her book invites readers into her world, chronicling the experiences that have shaped her—from her childhood on the South Side of Chicago to her years as an executive balancing the demands of motherhood and work to her time spent at the world’s most famous address. Warm, wise, and revelatory, BECOMING is the deeply personal reckoning of a woman of soul and substance who has steadily defied expectations—and whose story inspires us to do the same. Michelle Obama has described writing BECOMING as “a deeply personal experience. It has allowed me, for the very first time, the space to honestly reflect on the unexpected trajectory of my life. I hope my journey inspires readers to find the courage to become whoever they aspire to be. I can’t wait to share my story.” A product of Chicago public schools, Obama studied sociology and African-American studies at Princeton University and is a graduate of Harvard Law School. Mrs. Obama started her career as an attorney at the Chicago law firm Sidley & Austin, where she met her future husband, Barack Obama. She later worked in the Chicago mayor’s office, at the University of Chicago, and at the University of Chicago Medical Center. Mrs. Obama also founded the Chicago chapter of Public Allies, an organization that prepares young people for careers in public service. For more information, visit the ALA Conference website. 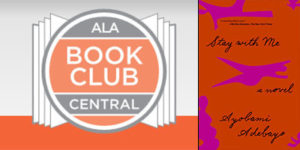 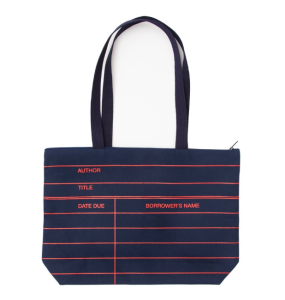 “Libraries have always been places of comfort and discovery for me, so I'm especially delighted that STAY WITH ME is Sarah Jessica Parker's pick for this American Library Association initiative,” said Ms. Adebayo. “STAY WITH ME is a wise and deeply humane debut novel that unpeels the layers of politics in a marriage from the inside,” says Ms. Parker. “Ayobami Adebayo tells the story of Akin, Yejide, and their families – a powerfully affecting tale of love, loyalty, and betrayal – with both savagery and heart. I can’t wait for readers everywhere to read and enjoy this novel as our third selection for Book Club Central.” In addition to being honorary chair of Book Club Central, Ms. Parker is an Honorary Lifetime Board Member of United for Libraries, a division of ALA, a role she is using to raise awareness about the integral role of Friends groups in the library.  Ms. Parker’s SJP Book Club is thrilled to announce a limited-edition tote bag to help support libraries, now available exclusively for the holiday season from Out of Print.  A portion of  the proceeds will be donated to United for Libraries. Book Club Central (www.bookclubcentral.org), designed in consultation with expert librarians, provides the public with the very best in reading. Book Club Central debuted this past summer and since that time has become a place for engaging content and information for book clubs and readers everywhere. Ms. Parker’s previous picks for Book Club Central have been No One is Coming to Save Us by Stephanie Powell Watts, and EXIT WEST by Mohsin Hamid. Ms. Parker recently launched SJP for Hogarth, which will selectively publish high-quality works of fiction by both established writers and distinctive emerging voice with critical and commercial promise. SJP for Hogarth’s first acquisition is A PLACE FOR US, a debut novel by Fatima Mirza to be published in 2018. Ms. Parker is the star and executive producer of Divorce, which will return for a second season in January 2018. 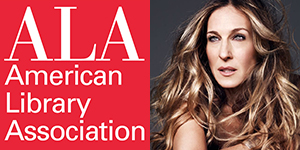 The American Library Association (ALA) is creating Book Club Central, a new online platform of reading resources, including recommendations, expert book lists and other content for book clubs and their readers. Award-winning television and film actor, producer, designer, library supporter and avid

expand
reader Sarah Jessica Parker is partnering with the ALA to serve as the Honorary Chair of Book Club Central. As honorary chair, Ms. Parker will provide a selection of recommended titles for Book Club Central throughout the year. She will unveil her inaugural pick at the official launch of Book Club Central, which will take place during the President’s Program at the ALA Annual Conference and Exhibition in Chicago on Saturday, June 24, at 3:30 p.m. at McCormick Place West. “I can’t think of anyone more perfect than Sarah Jessica Parker to be the American Library Association chair of Book Club Central,” said ALA President Julie Todaro. “Ms. Parker is an advocate for libraries and literacy issues, has served on a Presidential Task Force to integrate literature and drama into schools, has experience starting a book club, is the Editorial Director of a new line of books: SJP for Hogarth, and is – most importantly – a lifelong reader who shares her love of reading with others. The ALA is lucky to be able to share Ms. Parker’s passion and expertise with book clubs and readers everywhere.” Said Ms. Parker, “From an early age, books were my constant companions and my local library a place I could find a new friend on every shelf. It is a great honor and privilege to partner with the American Library Association and Book Club Central. I’m thrilled to help champion original voices for dedicated readers as well as for a new generation, supporting libraries in what they do best.”

Ms. Parker recently launched SJP for Hogarth in partnership with Molly Stern, Senior Vice President and Publisher of Crown, Hogarth, Broadway, Crown Archetype, and Three Rivers Press. SJP for Hogarth will selectively publish high-quality works of fiction by both established writers and distinctive emerging voice with critical and commercial promise. In this new role, Ms. Parker will be involved in all aspects of the publication process, from their selection and acquisition to cover design and promotion with her vision providing the editorial foundation for each publication. Libraries and librarians are champions of reading and fostering love of books. Whether it’s through early literacy programs for children, one-on-one tutoring or community-wide reading initiatives known as “One Book, One Community,” libraries and librarians are transforming lives through reading and lifelong learning. According to Pew Research, more than 78 percent of Americans believe that libraries are effective at promoting literacy and love of reading. Book Club Central is being designed to provide the public with the very best in reading. Book Club Central partners include Booklist, the book review magazine of the ALA, and United for Libraries, a division of the ALA.